Popular around the world, pho is Vietnamese soup comprised of flavorful broth, rice noodles, vegetables and meat. It is believed pho began in northern Vietnam with a combination of colonial French, Chinese and local influences. Although debated, one possible origin of the word "pho" comes from the French word "feu" (meaning fire) as pho would be boiled on a fire in similar fashion to the classic French dish pot-au-feu (meaning pot on fire).

After the Vietnam War, Vietnamese refugees brought pho to many countries in Europe, Australia and North America where it became widely popular. In 2019, pho was ranked 28th on CNN's 50 Best Foods list although we think it should be at the top of the list.

Our take on Pho combines many traditional and modern elements for a one-of-a-kind taste that will keep you coming back again and again. If you've never tried a steaming hot bowl of pho then please come in ASAP so we can show you what you've been missing. 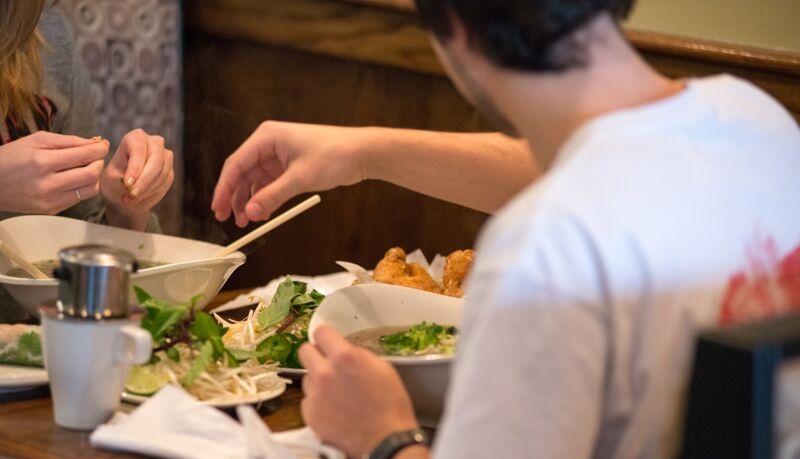